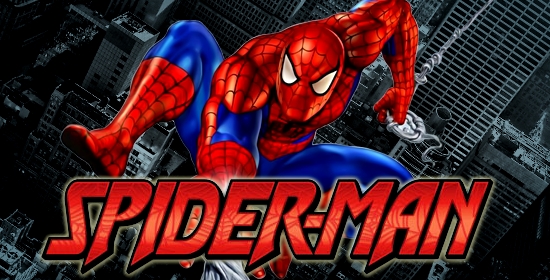 For the first time ever, Spider-Man and Venom must work together in a slugfest that will rock both your Super NES and Genesis.

Separation Anxiety is more or less a sequel to Maximum Carnage (another action game that came out last year). The interface of this version is better. The control has been tweaked over the older engine and the animation seems a lot smoother. Play as either Spider-Man or Venom, and it is possible to have a two-player simultaneous game using both. You'll need all the help you can get, because you are instantly swarmed by thugs as soon as the game begins.

You have a variety of punches and kicks, but the main emphasis is using your web (or with Venom, his pseudopods). You can grab enemies or climb up building to obtain hidden power-ups.

The graphics are a lot cleaner than before, making for a vast improvement over Maximum Carnage, which disappointed a few fans. To top things off, Separation Anxiety has a catchy soundtrack. This looks like the Spider-Man game that fans have been waiting for.

Your friendly neighborhood Spider-Man's web-slinging his way onto the SNES and the Genesis. Although the two 16- bit games are virtually identical, this SNES version makes Spider sense for all but hardcore action nuts.

Spider-Man's on the hunt to snare a gang of supervillains with cameo help from the fabulous Fantastic Four. Spider-Man fares better, however, a thinking game than an action caper. That's too bad, since Doctor Octopus, Rhino, Lizard, and more of Spidey's greatest adversaries are ready to rumble.

The side-view fist-fighting and wall-crawling arachnid antics are great for kids and as intermediate Spider friends. Overall, however, the fighting action will disappoint Spider-Man veterans.

Such standard bad guys as robots, thugs, and armored assassins are unimaginative, weak, and few and far between. And, though Doc Ock's challenging boss attack starts things off with flair, the rest of the cruel crew attack in limited, predictable patterns.

The real challenge is in trying to maneuver through the levels, where you'll burn some brain time trying to make fantastic jumps and web-sling to the exits.

Caught in the Web

Although Spidey's controls lack fighting pizzazz, they really make the Spider powers shine. Put in reasonable thumb time, and you'll climb walls, swing through the air, and sneak across ceilings like an ace Webhead.

The controls have it easy with the Webbed One's ho-hum fighting skills: a basic punch, slow one-two combination, regular kick, and jump kick. As a short-range weapon, even the famous Web-shooter's a little weak. Moreover, the Fantastic Four merely appear with power-ups.

The deep repertoire of Spider moves contribute to the strong graphics. Comic-book fans will also dig the nicely detailed pix of the Spider foes.

The sparse sounds, on the other hand, are pretty much there to fill air space. The funky new Spider-Man theme's hip, bit the effects are blah.

In this game, Spider-Man certainly does whatever a spider can, but the comic's still the grand showcase for his talents. This game could be a good way to spend some time between issues.

Just when you thought it was safe to walk the streets on those dark nights again...

It seems a bunch of really, really bad guys have escaped from Ravencroft sanitarium, including some of Spider-Man's greatest enemies, Doc Oc, the Green Goblin, Some Guy, and that alien-looking thing. Now it's up to your friendly neighborhood web-slinger to track 'em down and put 'em back in.

It's being released through LJN, the comic book license arm of Acclaim, who you might remember brought you Maximum Carnage last year. However, the developer is different this time around, an outfit called Western Technologies, and it's very different in both look and play mechanics - and just try to get that wacked-out theme song out of your head. Watch for it, oh, any day now.

The Marvel webbed wonder has a new look-the 16-bit look! Spidey is framed by the kingpin and must contend with ail of his old adversaries like Doc Oc, the Sandman, Venom, and others!

The webbed wonder from Marvel comics is here to rid the city of the scum that is causing havoc. Spidy climbs walls with ease and shoots webs to help him swing from building to building. It's an all out war against the Kingpin of crime and only Spidy can do it.

He probably won't be too happy about this mess. As if one enemy wasn't enough, this game's got all the big uglies, Dr. Octopus, The Hobgoblin, Venom, Electro, The Lizard, and The Sandman. Not to mention Kingpin running the show.

But Spidey's not exactly defenseless. Those bad guys won't look so bad when Spider-Man starts laying into them with devastating kicks as he flies off the end of his web swing. And riffraff beware of his bone-crushing punches. If there's anything left, he'll wrap it up neatly with a barrage of web bolts.

Messing with Spider-Man could be hazardous to your health. You've got to admit, he's one of the toughest American heroes ever. After this game, we know a couple of bad guys who probably would agree.

Wolverine Adamantium Rage
Wolverine receives a mysterious transmission via computer; someone or something has information about his past and arranges for them to meet at an undisclosed location in Canada.