When it comes to Super Mario Games, there truly is something for everyone. Mario is the most iconic character in all of gaming and no matter if you are 5 or 55 if you like video games you know who Mario is and have gone on many adventures with him, Luigi, Peach, Yoshi, and the rest of the gang. Here we have the most awesome selection of Super Mario games available and we are going to focus on just a few of the highlights right here.

You have to start with the NES! You cannot go wrong with the original three games of Super Mario Bros, Super Mario Bros 2, and Super Mario Bros 3. You have to wonder how the NES would have done without Mario as its flagship game? Each of these games holds up incredibly well to this day and are the kinds of game that all gamers need to have played through at least once. Then you can move onto the epic Super Mario World which took things to a whole new 16-bit level on the Super Nintendo.

2D Mario action is great, but we do also have some amazing 3D Super Mario games for you to consider as well. One that is a ton of fun and offers a bit more bit-sized Mario action is Super Mario 3D Land. You cannot go wrong with Super Mario Galaxy 2 (and the first game too actually) which is a truly amazing adventure and features some of the most creative and fun worlds and levels ever in a Mario game. One of the more interesting and divisive 3D Super Mario games is Super Mario Sunshine. There is no denying that this game has some great ideas and the Delfino Island setting is awesome! However, you are best playing this one for yourself as people have some mixed feelings about it. Of course, you cannot talk about 3D Mario games without mentioning the epic and massive Super Mario Odyssey for the Nintendo Switch!

While the core Super Mario games both 2D and 3D are always a great time, Mario and his friends have also been involved in some fun spin off titles too. We also have a great selection of those for you to consider too. Let’s start with Super Mario Kart which is a fun game and also one of the most influential of all the games to feature Mario! If you want a bit of puzzle solving action with Mario then check out either Mario and Yoshi or Dr. Mario as they are both fantastic and fun puzzle games. There is also some awesome Mario RPGs out there for you to check out too. Super Mario RPG: Legend of the Seven Stars is regarded as one of the greatest Super Mario games of all time and it holds up incredibly well to this day! If you want an RPG that is also a bit more of a traditional Mario adventure then check out the underrated Super Paper Mario.

This is just a small taste of the fantastic selection of Super Mario Games that are available for you! So grab your mushroom, your super leaf, or whatever you may need and save the Mushroom Kingdom! 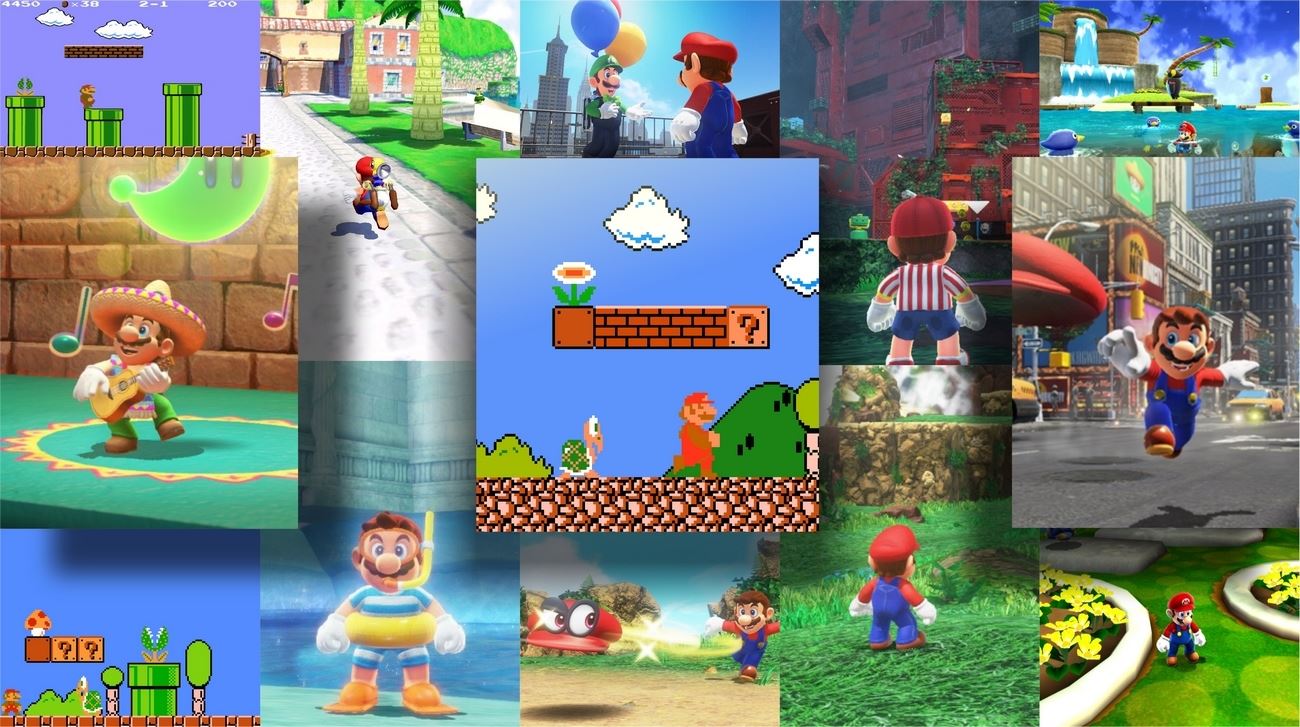 The indomitable brothers, Mario and Luigi are back with their hopping antics in the second sequel to one of the most spellbinding video games in the world, Super Mario Bros. 3.
Discussion

The First game is Super Mario Brothers and The Second one is for Duck Hunt.

You take control of Mario or Luigi and try not let the falling from the top of the screen blocks with monsters inside, pile up high and reach the top.

Super Mario's pet dinosaur, Yoshi, hatches out of his sidekick role and takes center stage in his very own NES game!

You must ride on the back of Yoshi to track down the evil Bowser, and put a stop to his evil plans.

Baby Bowser has taken the Super Happy Tree and cast a spell on Yoshi's world, turning it into the pages of a picture book. The only Yoshis not affected by the spell were six hatchlings that were still protected by their shells. It's up to them to r..

The game allowed the user to create artwork using various tools controlled by a mouse (similar to computer painting programs like Microsoft Paint).