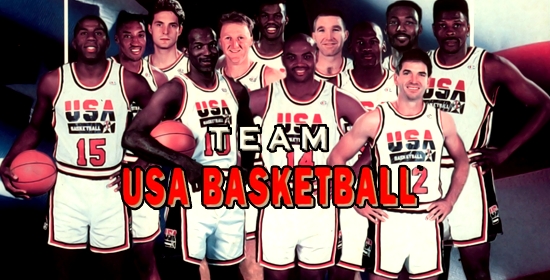 Gold Medal or not, was there ever any doubt about which Olympic team fielded the best players in the world? Anyone who said “Yes” can go get fitted for a pair of soccer shoes right now!

You can choose Exhibition or Tournament modes. Two players can opt for Versus mode or team up in the totally fun Co-op mode.

In the spirit of international friendship, before each game the game displays a nicely detailed geography lesson on each competing country, and the country's anthem plays in the background.

Your formidable (yes, formidable!) competition is 12 teams, plus Yugoslavia (which at one time was headed to the Olympics). The 12 Olympians are Angola, Australia, Canada, China, the Commonwealth of Independent States (formerly the U.S.S.R.), Croatia, France, Italy, Lithuania, the Netherlands, Slovenia, and Spain. Unlike their real-life counterparts, these international teams are no pushovers. You'll quickly discover that when the Angolan squad kicks your butt a few times.

ProTip: On defense, you'd better learn to quickly clog the middle. The CPU always looks for the open man in the paint.

These computer players can flat-out hoop! They play extremely tough D, and they scramble for the rebounds. It's nearly impossible to beat them one-on-one or pick them with a screen. Fast breaks are nonexistent. Most of your offense consists of jump shots.

The Controls are generally right on. You can pump, fake, drive, and occasionally slam a jam over your opponents. On D, a single button press enables you to instantly switch defenders. However, game play gets sticky at times. Sometimes it's tough to pick the player you're controlling out of the crowd, and positioning yourself for rebounds is a mystery.

The graphics deserve a Silver Medal. On the court, the players are recognizable images of their real selves. The cool instant replay feature enables you to reverse a play frame by frame. The country info screens feature great picture postcard stills.

The sounds are Gold Medal caliber. The music's impressive, and the effects kick.

For diehard Genesis hoopsters, Team USA Basketball is a no-brainer. After all, if the All-ET team landed here in flying saucers, which would you pick to play them? Right.

Electronic Arts has a history of producing some of the most exciting and challenging sports games in the market! Now, they are developing USA Basketball for the Genesis! USA Basketball is different because you do not just play U.S. teams, you get to play teams from all over the world! You can select the team you would like to be from a wide selection of the most desirable choices. You can play against the computer to win the Championship or play against a friend in the two player verses mode!

Go for the gold!

Be a part of the action in Barcelona with Electronic Arts' newest sports cart, Team USA Basketball. Electronic Arts has taken their highly successful Bulls vs. Lakers game and modified it, enabling you to play against some of the world's best teams!

Play under international rules as you use your playing finesse to do some outrageous dunks! Make substitutions and use the instant replay feature to review a play. You must progress through the entire tournament to bring home the gold!

Join the "Dream Team" today and take on the challenge of the Olympics! This around-the-world slam-dunk session will entertain you for hours. See you in Barcelona!

In commemoration of the ongoing Olympic games, EA is introducing this limited edition basketball game starring the actual players from Team USA! Choose to play against 15 international teams in a b-ball free-for-all! Feel the excitement as Jordan goes for the slam, Barkley powers his way through and the crowd cheers you on to the gold! Move fast and pick up Team USA Basketball from EA!

This game plays poorly compared to EA's other entries in their sports series. It sure is a great license, but passing and shooting action is complicated by slow movement and a general lack of realism in any of the characters. There are some cool functions at your disposal, but I found it to be a less than attractive package.

Nothing revolutionary here as we've seen it all in their previous basketball game but since it is a limited production game, players will want to buy this one just to hang on to. It does play well, but with their new basketball game just a few months away you might want to wait for the real thing to come out.

While there is really nothing totally different from Bulls vs. Lakers, this cart will definitely be a collector's item. There are a few new features like official Olympic teams and players and each country's national anthem. The game play is very good and basketballs fans will want to get this limited edition before it's gone.

Not bad, EA, but you've done better. The feel of USA Basketball got lost somewhere. Previous titles have had very smooth transitions while USA Basketball feels a little choppy. Still, I love the idea of the game, and any avid basketball fan with a Genesis must be going nuts right about now with all the choices. Way!